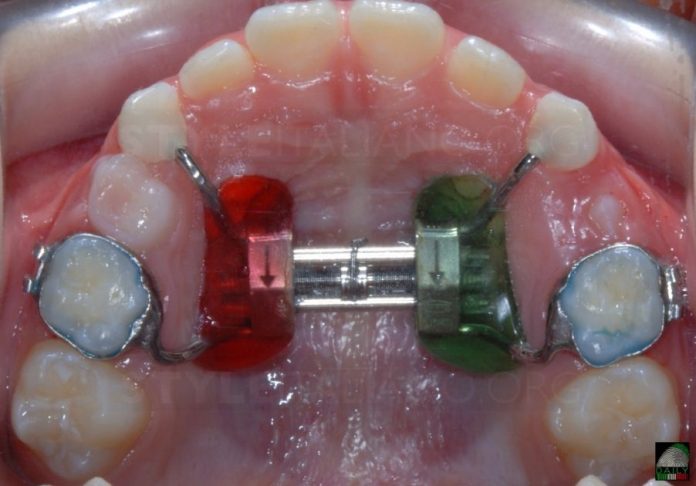 This case shows a new approach to solve crowding of upper lateral incisors in the mixed dentition following the philosophy of dr. Marco Rosa. The crucial advantage of this method is the possibility of expanding the upper arch in the anterior area and, at the same time, upright the buccally tipped upper permanent molars in the opposite (palatal) direction.
Crowding and rotation of permanent incisors is rather common to be observed right after the transition of the permanent lateral incisors, in the early mixed dentition. Therefore, ideally, treatment should be done before the eruption of the permanent upper lateral incisors, in order to create adequate space to allow them to spontaneously emerge and align in the dental arch.
There are patients whose early teeth crowding represents a status, quite easily to be defined. Cases in which, after the transition and complete eruption of the central permanent incisors, some of this conditions are noticeable:
– No adequate space for the permanent lateral incisors, which are ready to emerge in the dental arch in a few weeks/months.
– The lee-way space could be sufficient to fix the lower crowding, but not in the upper arch and it is very likely that the lateral permanent incisors will emerge late, crowded and/or rotated
– Serial extractions to intercept upper laterals crowding is a difficult decision to be taken that early.
The permanent lateral incisors are crowded inside the periodontal envelope and will probably emerge in a rotated position, causing esthetically impairment and major risk of relapse, if correction is performed 3-4 years later in the permanent dentition.
Upper anterior early crowding is associated to a narrow palate in the absence of posterior cross-bite, because of the dento-alveolar compensation: the upper first permanent molars are tilted buccally, while lower molars are tilted lingually.
In this cases, rapid palatal expansion (RPE) could represent an effective procedure to gain space, not only at the level of the alveolar bone, but also in the basal bone where canines and premolars are crowded.
RPE (Rapid Palatal Expansion) in the absence of posterior crossbite has been proposed to increase the arch perimeter and to solve crowding, but still represents a controversial issue. Infact RPE has some relevant limits: 1) anchor teeth (i.e. the first permanent molars) will tip buccally even more, with potential periodontal damage and occlusal interference; 2) the amount of the anterior expansion (and crowding correction) is limited and sometimes not sufficient, due to the necessity of preventing a full scissor bite which will develop on permanent molars during activation; 3) posterior expansion is not effective in increasing the arch perimeter (while expansion in the canine-incisors area is much more effective). In other words, ideally, RPE could be very effective to fix anterior crowding and increase the arch perimeter, but the expansion should be performed in the anterior area and permanent molars should move in the opposite direction. If RPE is anchored on the second deciduous molars and on the deciduous canines all those ideal conditions are fulfilled.

Fig.1
C.F. male, 8 years old, showing, before treatment,a mild class 2 and severe crowding of the upper incisors in the absence of posterior crossbite. Lack of space for upper lateral incisors eruption was evident. On the right side of the upper jaw, lateral deciduous incisor was just lost. In the lower arch, the lee way space is sufficient to allow the self-correction of the incisor crowding. A class II molar relationship is visible on both right and left side.
The RPE (rapid palatal expander) type Haas was banded on second upper decidous molar and bonded on deciduous cuspids. In the early stage of the mixed dentition, the decidous molars and canines provide an effective anchorage to allow the palatal expansion.

Fig.5
The RPE was manufactured (Orthocheck, Trento, Italy) using a 13mm screw (LEONE SpA, Florence, Italy) to be turned once a day till the maximum number of activations. The expander was maintained in situ until full eruption of maxillary lateral incisors. Furthermore, untouched permanent molars will spontaneously upright palatally and improve the occlusal contacts by the Wilson curve flattening. A spontaneous improvement was also observed of the molar and canine occlusal relationship, from the class II to class I.

Fig.9
At age 13, permanent dentition is complete and the malocclusion solved, without any other appliance, except RPE anchored on the deciduous second molars and canines after the eruption of the permanent molars.

RPE anchored on deciduous teeth in the early mixed dentition is an effective procedure to induce spontaneous correction of permanent lateral incisors crowding, even if it is not associated to the presence of a posterior cross-bite.
The main advantages are:
– predictability (no compliance required),
– spontaneous uprighting and de-compensation of the permanent molars
– prevention (spontaneous correction without touching permanent teeth),
– efficiency (little chair-side time and high cost/benefit ratio),
– long term stability. 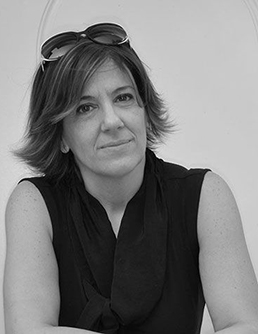 From Gourmet to Fast Food Restorations. Indications for different levels of complexity.

Anna Salat - 9 December 2019
You can choose either Gourmet or Street food restorations for anteriors, you just need to understand when. This article is all about indications for different levels of complexity of anterior teeth restoration.